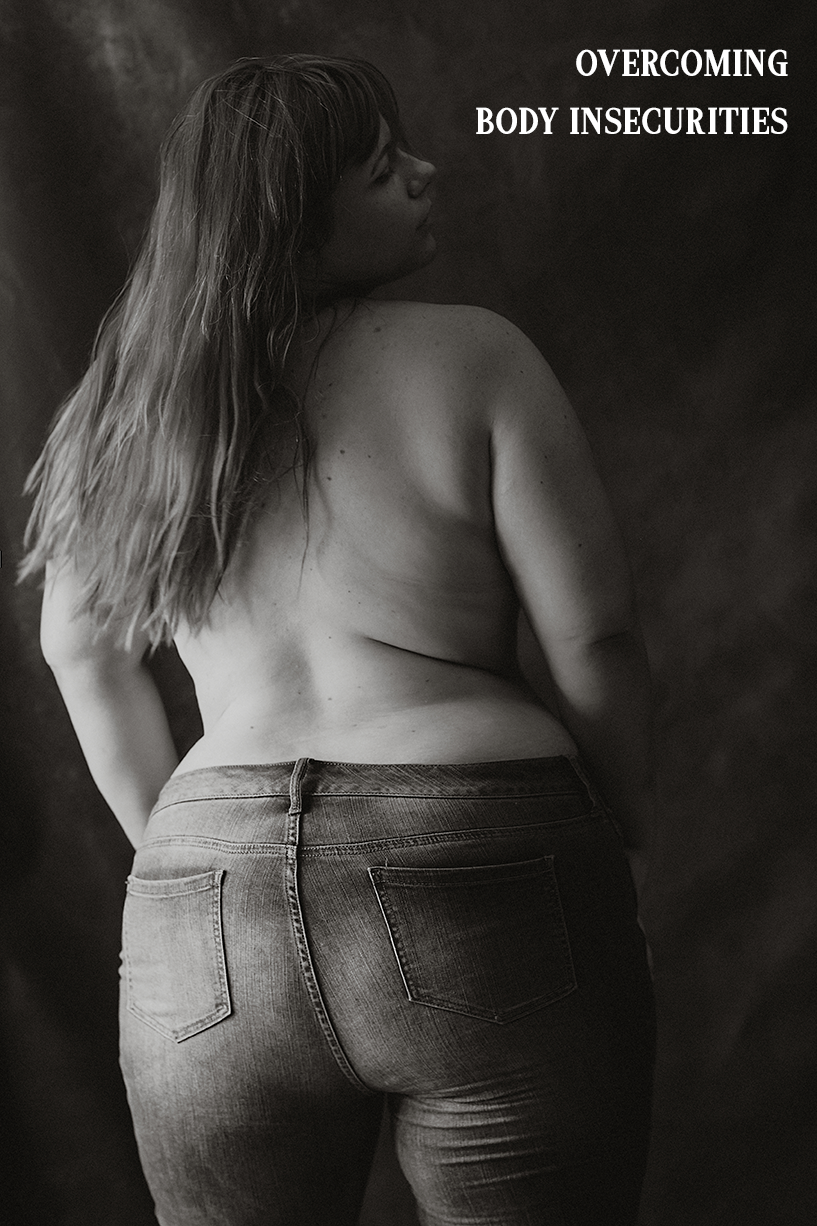 I remember growing up the gentle brainwashing that was instilled in me from the time I started to turn into a young woman. I remember the TV and magazines I grew up with never having any women that looked like me. You see, I was 5’8″ already and my hips were already growing in by the time I was in the 5th grade. I felt the pressure of society even at a time in my life when I should have been focusing on learning multiplication basic writing skills. Women were supposed to be tiny and petite, which was already something that I saw myself as never being.

My mother telling me that certain outfits made my hips look really big. Saying how I should wear something that covered them up a bit.

Now my mother isn’t a bad person at all. She didn’t want to hurt me. I do not blame her at all for the insecurity with my hips. I have always been the most beautiful girl in the world to my mother and I know it. In fact, I spent most of my life growing up her telling me “I wish I had been as beautiful as you are when I was growing up”.   I remember my mother looking in the mirror complaining about her own curvaceous hips. While everyone was complimenting my mother on how beautiful she was constantly nitpicking how big her hips looked in outfits. How her legs were big and she could never wear shorts. The lies the world was telling has sunk into my beautiful mother just like the rest of the women in our family. The world told my beautiful, stunning, strong mother that she wasn’t good enough and that infuriates me.

The brainwashing had been going on for generations.

I grew up so ashamed of my hips that I would wear men’s clothes as a blooming teenager to cover myself up. Dresses were not even an option as they might show my legs or hips. Baggy JNCO jeans and baggy t-shirts every day.  This was my daily outfit because the world had been selling this body hatred to my mother, my grandmother’s, my aunts, and all of my friends.  Hips are bad.

The world was selling us all this garbage and we were buying it.

We were buying it and then sharing this garbage to others.

I realize now that none of us can afford that shit.

The hatred of my hips followed me into my young adult life. When I found myself intimate with boyfriends, I always tried to plan out in my head how I would keep some clothing on to cover up the shame that was my body.  Would this nighty cover up my hips so they didn’t notice?  Think they would notice if I turned the lights off so they just can imagine me with smaller hips? Instead of fully embracing the experience of young love and relationships, I was worried about what they thought about me. My relationships were about if they loved me, rather than if they were treating me well. Because… they clearly were a savior of a man if they were accepting of these hips and this body.

Each time someone told me that I was beautiful I figured that they were just trying to butter me up. Or they were in between girlfriends so that must be the only reason they would talk to a girl like me. I spent my time with them afraid they wouldn’t stick around because they (GASP) might figure out I have giant hips. Giant hips weren’t hot. They weren’t what men wanted to show off and they were what women judged.

I remember one day looking at myself and seeing something a bit different. It was a few years into starting my wedding photography business and truly focusing on myself. What was a flaw before I saw as more womanly. I saw this small waist and giant hips that were teased and commented on for years.  It wasn’t working for my happiness to keep looking at these as a flaw, so I figured I might as well use this “flaw” to my advantage. Better to wear them proudly than in shame for my own self.  Let’s let the freak flag fly, shall we?

My dresses went from nonexistent to form-fitting. My jeans hung on those hips and my tops showed everyone the dramatic waist to hip ratio.  I decided that I would make sure no one missed those damn hips. If I wore them loud and proud, I had no apologies to make. They made me unique. The noise in my head telling me they were bad was silenced.  If I had an opportunity to show off those hips, you bet your ass that I went for it. Rather than flirting shyly, I flirted with my eyes AND hips.

Then suddenly it changed. People actually began complimenting my hips. What was my weakness now became something that people celebrated about me. If I had a nickel for every time someone compliments my hair or hip-licious shape, I would have a whole lot of nickels. I spoke to people with more confidence, and my relationships started blossoming. I started getting pickier in the people I let myself be around because I realized I was a sexy, beautiful woman with a whole lot more inside. I had something to offer. I was worthy of people’s love.

It started with my hips and went into all of my insecurities.  Rather than photoshopping out any flaws in these images posted on the blog today, I decided to let them be seen.  Stretch marks? So what? Those showed up in the 4th grade from me growing a good 5 inches. No makeup? Oh well. This is what I was born with and I am pretty sure I get hit on more with no makeup than with it. The fact that I have way more junk in the trunk than boobs? Oh well, I can wear tight jeans and no bra with my tank tops.  When I started accepting and choosing to love these parts of myself, my relationships in life even blossomed further. Love is a choice, even when it comes to yourself.

So here is my challenge for you.

I am not saying it will be easy. But I am saying that the effect this challenge will have on your confidence will be astounding.

Take something of your body that the world says isn’t ideal. Turn it into one of your best assets. Something that makes you stand out to be the beautiful, individual human that you are. What are you ashamed of? How can we turn it from a negative to a positive?

Looking forward to hearing your thoughts. xo Love yourself, and each other.

Ps- Momma, you have always been the most beautiful woman I have ever met 🙂

Leave a Reply to plenty of fish dating site CLOSE